Have you ever thought of combining Mike Tyson’s brutal knockout power with Manny Pacquiao’s impressive speed? Many “experienced” coaches believe you can either be a knockout artist or an extremely fast combo specialist. We’re here to tell you that it’s possible to be both.

You can punch harder and faster at the same time with a perfect combination of training sessions. It’s important that you work on your weak spots too. Have you ever tried to turn the lights out on the opponent who constantly ducks under your punches and can move as quick a cat? Maybe it seemed like he was always one step ahead of you.

It’s time to learn how to make your punches harder and faster. Read our tutorial to get into the spirit of things. Ciryl Gane, the current UFC interim 265-pound champ has both speed and power, let’s be like him! Keep reading so that you can get to know all the tricks!

Here’s how to punch harder and faster:

You must work on your technique every single day. Train in front of the mirror, be persistent. If you plan to hit harder, you must put your whole body into a strike. The power comes from your feet and legs. Only using your shoulders and arms is simply not enough.

The boxing match between Mike Tyson and Clifford Ettiene is a perfect example of a top-notch technique that made the difference. Tyson caught Ettiene after a miss and knocked him out cold.

When trying to deliver a knockout blow, you must pivot on your toes, rotate your hips and shoulders, contract your oblique muscles, and keep your chin down. You need about 8000-10000 repetitions to master the strike or combination.

You can’t throw a powerful punch with clenched shoulders and forearms. Your body contracts before the strike, just a few moments before the final impact. Your arm must be relaxed while it travels towards its mark.

Focus your mind on the rival, but keep your shoulders and arms relaxed before the strike. Make a contraction slightly before the impact or when you block the opponent’s attack.

Joe Calzaghe, an undefeated boxer from Wales, is a world-class example of relaxed shoulders during the match. His mind was focused, but his shoulders were loose in the fight against Roy Jones Jr. That was the secret to his dominant performance.

3. Pay Attention to Your Stance

You can punch hard if and only if you attack from the proper stance, that’s the ultimate key to a strong punch. With a poor stance, you lose the ability to transfer the energy, and your punches lose their power.

It depends on your basic martial art and fighting style, but we recommend a good boxing stance for knockout punches. Good stance prevents your foe from hurting you, leads to better blocks, and also leads to better counterstrikes and body movement.

The basic boxing stance should look like this – legs shoulder-width apart, parallel feet, rear heel off the ground, lead fist in front of your face (depends on your style), rear arm on the chin and elbow on the ribs, chin tucked to the chest. You can make adjustments later.

A good stance will protect you from strikes, but at the same time, it will provide you with opportunities for better footwork, counter-punching, and body movement.

The former Irish boxer Wayne McCullough is a perfect example of a great boxing stance.

4. Punch Through the Opponent

You’re not targeting your foe, you’re trying to hit the imaginary object 25-30 centimeters behind your opponent, heavy bag, or a mitt, depending on the technique. Just strike the target behind.

You can have the greatest technique in the world, but when you hit your opponent’s head, the strike power will be reduced by 25-30 percent if you stop. Remember the fictive target behind or next to your opponent and fire at will. This tiny trick will make your punches harder for sure!

Great movement means more chances of evading, but also a greater ability to land brutal knockout strikes. Why? Well, a boxer who moves well will be a very hard target for the opponent, but he’ll also be able to counter with way more dangerous strikes because he’s not a sitting duck.

You can set up a perfect, hard punch because the hit is stronger when the opponent marches towards you and misses. The opponent is vulnerable after a miss, and you can add some more power to the strike when you duck. For example, when your rival attacks with a right hook, you duck under to the left and counter with a left hook – that strike is way stronger than a regular left hook!

Let me ask you a question. Imagine throwing a big straight punch from long-range and the same strike with one step forward and closing the distance. Strike number 2 is way stronger and harder, isn’t it?

Defensive fighters can make the most out of counterstrikes. You’ll need great reflexes, speed, skill, and movement but you can do it.

Your punch becomes much stronger when your rival misses because of the Third Newton Law of Motion.

Here is the formula to calculate the power of the strike.

You will punch hard if you land a great counterstrike on the opponent who tries to brawl or hurt you with lightning-fast combos. He’s open when he attacks, and the force of your strike could be two or even three times stronger than normal!

7. Contract Your Arm a Few Moments Before You Strike

The majority of fighters are not relaxed throughout the motion, and this leads to terrible performance. If you want to get faster at punching, you have to keep your arms relaxed until you’re around 30 centimeters away from your target. Then contract your whole body before the collision. It will lead to a faster and stronger strike.

When you return your arm to the guard, keep it relaxed but work with your feet and hips. It will prepare your other limb for the potential barrage of quick, powerful strikes.

8. Strengthen Your Arms, Legs, Abs, And Back – Power Rules

You might be a technical expert, but even the best technicians won’t be able to score a knockout with a weak body.

Abdominal muscles are extremely strong during punches, while oblique muscles tend to work more during hooks and all kinds of combos. Overall, core exercises will work. This playlist should help you with lighting your core muscles on fire, you’ll hit harder for sure.

But don’t forget the importance of static core drills too.

You will also need very strong shoulders, back, and chest. If you hit hard but don’t return your fist to the chin quickly, it’s also a problem.

If you’re going to the gym for 2-3 months, you should start performing 6 sets of 6-8 repetitions with a rest of 90-120 seconds between the drills, and 120-180 seconds between the sets. Please lift around 75 percent of your one-repetition maximum. That kind of training focuses on strike power. You should visit the gym at least three times per week.

Here is a workout example:

Do core exercises for at least 10-15 minutes at the end of each training session to make your punches even harder.

Heavy bag sessions will boost your heat hardiness, and you can also train footwork and movement. But from time to time, you must land explosive strikes. The opponent will not stand like a log, he’ll move around you. Derrick Lewis is the most powerful puncher in the history of the UFC, but he was unable to defeat rivals who could move like cats.

You should always move around when you train on the heavy bag; change angles, maximize your potential. It lets you build the realistic feel of the fight.

Speed bags are one of the best ways to increase punching speed, but you can’t maximize power. Yet, it is very beneficial for counter experts and point collectors. The good combination of the heavy bag and speed bag will cover both aspects of the game – speed and one-punch knockout potential.

Check out our article on how to use a speed bag and best workouts.

10. How To Make Your Punches Faster – Tiny Secrets

The faster fighter usually lands more strikes per second, but there are some things that nobody pays attention to. Please read carefully, you could get faster punches if you understand these three pieces of advice.

When you connect or feint, try to land, for example, two right jabs followed by two left straight punches. I know it sounds a bit odd, but when you’re in a real situation, your brain will react faster. Same hand strikes are extremely good drills for reaction time improvement.

When you connect or feint, try to land, for example, two right jabs followed by two left straight punches. I know it sounds a bit odd, but when you’re in a real situation, your brain will react faster. Same hand strikes are extremely good drills for reaction time improvement.

Don’t Always Return To The Chin

Sometimes you’ll have to sacrifice technique to punch faster. Deliver a lightning-fast combo but intentionally don’t return your other hand to the chin.

You could get knocked out, but if you survive, you’ll probably win the bout via judges’ scorecards or decisions because you’ll connect faster.

Do not try to adjust with your hands, your feet are the key. When your opponent moves, your feet follow his feet.

Always rotate your legs when you strike. It leads to better striking speed but also increases the power of the strike.

This is excellent, but if you want to strike faster and harder, you must have a good coach, and you must be at least an intermediate level. Sorry, but beginners don’t know techniques well, so they might deal with problems in the first few weeks of one on one sessions.

Mitts are one of the best ways to boost quickness. Your coach or sparring partner moves with you, changes angles, and corrects all your mistakes. But counters are a superb way to boost heat hardiness too, just like one-punch shots.

Unfortunately, the bad holding could lead to numerous injuries and technical issues in the future, so this is a double-edged sword.

Beginners usually overextend their arms when they chase opponents, but this negatively affects, both strike quickness and power.

You must keep this in mind, control the distance with footwork and movement. You won’t punch fast, plus you’ll hurt yourself (elbow injuries heal very slowly).

You could be the fastest guy in the world and the hardest hitter the state has ever seen, but when your gas tank is empty, it is empty. Let’s be honest, you can get knocked out by dust in the air when you’re gassed.

Derrick Lewis was stopped by Ciryl Gane in the third round of their UFC Interim Heavyweight belt fight because he had used all of his cardio. Lewis is the greatest one-punch knockout specialist in the division but poor stamina led to a loss.

You won’t become a faster and harder hitter overnight, patience is needed. When you learn proper technique, you must work on your weak spots. For example, if your combo speed lacks, try performing quick-strike training sessions at least two or three times per week. 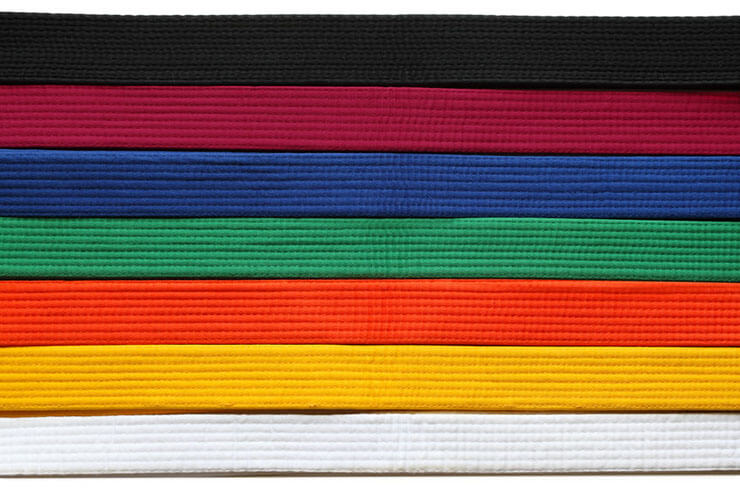 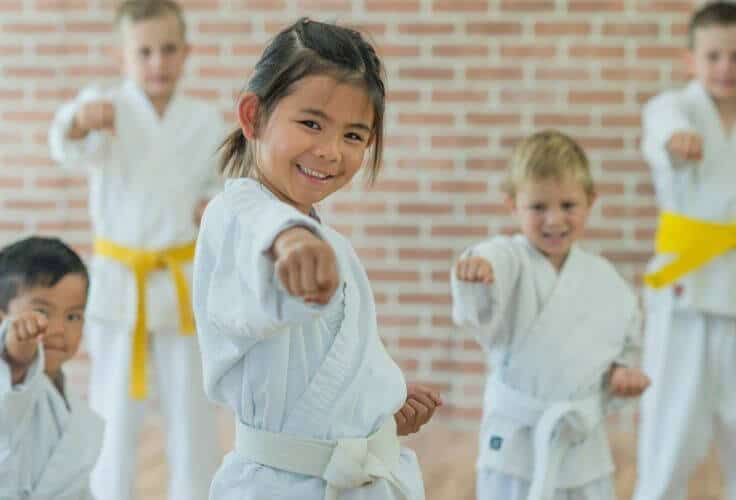