The 8 fastest knockouts in UFC and MMA history

Sometimes matches go the distance, but in some situations, the fight ends before it started. Touching gloves is considered an act of sportsmanship, but some fighters don’t touch gloves and start throwing big bombs right off the bat.

It can lead to a knockout victory or a devastating loss. Matches between two fighters willing to prove themselves mostly don’t last.

Imagine, the fastest knockout in the history of mixed martial arts happened in only 4 seconds, when Norifumi Yamamoto unloaded a brutal flying scissor knee on shocked Kazuyuki Miyata, who didn’t even try to move, and fell on the canvas like a board!

We will take a look at the fastest knockouts and stoppages in the history of MMA. Octagon Radar mostly focuses on UFC, but we’ll add a few highlight reels from other promotions.

The problem with UFC is a very strict rule set (no knees or kicks to the grounded opponent) but a punch or an elbow can also lead to a quick stoppage.

All the bouts in the paragraphs below ended in less than 10 seconds. Note: we’re focusing on major MMA promotions, the ones well known in the world of mixed martial arts.

These are the fastest knockouts in UFC and MMA history:

This fight happened in 2006, in Tokyo, Japan. As soon as the battle started, Norifumi sprinted toward his opponent and jumped in the air after three steps, unloading a powerful jumping left knee to the chin of Miyata, which led to a brutal 4-second knockout victory.

Yamamoto landed another right hand on the ground before the referee hopped in to stop the match.

Miyata was unprepared for the flying knee bomb, he tried to duck to the right, which improved the power of Yamamoto’s left knee. The crowd was shocked while Yamamoto was celebrating the victory.

Some argued that there was no sportsmanship at the end of Norifumi Yamamoto, but victory is a victory.

Fighters are not obliged to shake hands or touch gloves with their opponents, but the majority of them do that before the start of the fight.

There was a lot of trash-talk in the build-up for the fight between Jorge Masvidal and Ben Askren.

Askren came to this match as an undefeated wrestler, a former Bellator, and ONE FC welterweight champ, and, as expected, instantly tried to shoot in and drag Jorge Masvidal down to the canvas.

But it seems Jorge was ready for this. He made two steps towards Askren and stopped him via a flying knee to the midsection.

Askren ended up on the canvas with his legs curled, and Jorge started unloading big rights on his opponent’s head. The surprised referee needed three seconds to break them up.

Many say it was the fastest victory ever in the history of mixed martial arts, as Askren was out after two seconds. But the official clock was stopped at five seconds because the ref didn’t instantly realize what happened.

Many believe it was one of the most brutal knockouts in modern UFC history.

Duane Ludwig has always been known as a knockout artist, his nickname “Bang” speaks a lot of his persona.

He met the Canadian Jonathan Goulet at UFC Fight Night 3, who made a big mistake by trying to stand and trade with the dangerous opponent.

“Bang” caught him with a big right after a step back, and Goulet fell into a turtle position.

It looked like he was out, but he covered up trying to defend himself. The ref instantly stopped the bout, giving Goulet no chance to try to improve the position.

The Canadian fighter didn’t protest the stoppage, he was heavily rocked by a tremendous counter. But there was no extra blows on Ludwig’s end, he started celebrating right off the bat.

UFC 102 brought a heavyweight scrap between Tim Hague and Todd Duffee, where everybody expected a toe-to-toe war between two powerful strikers. Yet, Hague ended up on the canvas as soon as the fight got underway.

Tim attacked his opponent with a wide looping overhand left, but Duffee saw the opening and countered him via a left hook in Alex Pereira’s style.

As soon as Hague ended on the canvas, Todd started landing powerful bombs off the top and the referee waved off the contest.

Hague didn’t try to move or circle his opponent, he choose to fight toe-to-toe.

Back in that era, Todd Duffee was one of the greatest close-range UFC fighters, so it was a bad choice for Tim Hague that ended in a brutal 7-second beatdown. Seven powerful fists on the canvas and Tim was out cold with his legs curled.

Chan Sung Jung came out to this fight fresh off his twister victory over Leonard Garcia, and diehard fans were pretty much hyped for another potential top-notch submission win of the Korean sensation. Yet, “The Korean Zombie” had different plans on his mind.

Hominick threw the first punch, but it was a very slow left hook. Jung slipped backward and punished him with a big right in a violent fashion.

Mark went down like a wrecking ball and “The Korean Zombie” ended up on top of him, raining powerful punches before the ref decided to stop the punishment.

No, Hominick was not out cold, but this was a great stoppage by the referee, as he prevented further damage.

Mark Hominick didn’t try to defend on the canvas. We haven’t seen a sweep or transition attempt. He didn’t close the guard either. He was just too slow and sloppy for Chan Sung Jung, whose career skyrocketed after this vicious knockout victory.

Anthony Perosh and Ryan Jimmo touched gloves at the beginning of the fight. But as soon as Anthony returned to an orthodox stance, Jimmo unloaded a big right hand to the chin and send him down.

It initially looked like a knockdown, but when you look from a different angle you can see that the Australian fighter was out cold.

Jimmo hit him one more time with a powerful right ground and pound strike, then celebrated the 7-second victory with his trademark dance.

Never keep your hands down, especially in the early stages of the fight, the opponent is fresh and one strike to the chin could make a massive amount of damage!

Terrance McKinney instantly fishes for the finish, tries to piece his foe up with violent punches on the feet, or attempts submissions early in the game while his opponent’s not covered in sweat.

Matt Frevola looked like a decent, chinny opponent for McKinney’s UFC debut. But as soon as the fight started, Terrance landed a big left hand out of nowhere and dropped “The SteamRolla”.

Matt was heavily rocked and unable to recover because “T.Wrecks” jumped on top of him and started pounding him with violent right hammer fists. After five or six powerful blows, the referee stepped in and waved off the contest.

McKinney is also known for one of the best first rounds in the history of the competition (it happened against Drew Dober at UFC Fight Night: Santos vs. Ankalaev, where he lost via first-round TKO after a powerful knee). The guy is a fan favorite for a reason.

Makwan Amirkhani arrived in the UFC as a submission specialist and the master of anaconda choke, so many fans expected a ground with Andy Ogle. But Makwan’s UFC debut was finished in only 8 seconds.

Amirkhani has never been a top-notch striker, but his flying knee is his trademark for a reason.

Amirkhani feinted his opponent, then unloaded a flying knee and rocked surprised Andy Ogle, who wobbled and ended up on the fence.

Amirkhani connected a few more powerful right uppercuts before the referee stepped in and stopped the combat.

Ogle ended up sitting against the fence, but he was out, the fight could’ve been stopped earlier.

Nobody could have expected something like that, the odds for Makwan via round 1 KO/TKO were above +2000, this was one of the most surprising finishes in the history of the Ultimate Fighting Championship.

We hope you enjoyed our list of the greatest knockouts in MMA and UFC. Did we miss some high-level stoppage from the major MMA organization? Would you like to add something to the list? 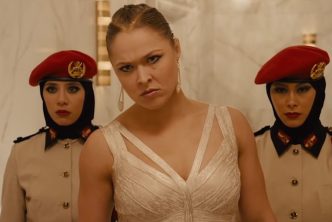 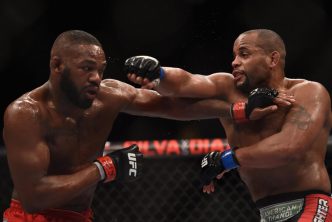