Martial arts are a great pick for kids of all ages. It helps them burn energy and work on movement and footwork. They will learn some self-defense skills too, which can boost self-confidence at a later age.

There are many great preschool martial arts, but it is important to kick off slowly. If a kid gets caught up with results in the early stages of his life, there’s a chance his interest in sports may be short-lived.

The ultimate goal for children is playing, not result or title. When the kid enjoys the game, he will continue training and potentially become a successful competitor one day.

Which are the best martial arts for kids? Which should be the choice of 3-year-old kids? What fighting style works for a toddler? We will try to answer your questions in this article, please read carefully!

Don’t forget, your child won’t be bullied if he/she knows to fight and fire back.

These are the Best Martial Arts for Kids:

Taekwondo is a good pick for 4-year-old kids or older, as younger toddlers would have a hard time learning unorthodox moves.

When you’re young, it’s natural to hit with your hand or grapple when you’re trying to defend against another kid. Taekwondo is a very technical martial art but there are many positive sides.

The ancient Korean martial art is good for balance and coordination, and it can be a springboard for other fighting styles in the later years. The kid who learns basic moves and gains a great level of flexibility at an early age should find great results in any other martial art.

Other benefits are maximized body control and muscle strength; especially in the legs. Taekwondo fighters are known for their world-class levels of balance and superb technical skills.

If you’d like to focus on self-confidence development, then it’s one of the best martial arts for your child.

Karate is another great option in martial arts for 3-to-4-year-old kids (or older) that focuses on safety.

In Karate, you mustn’t brutally hit your foe to the face and hurt him badly, semi-contact is allowed (unless you train Kyokushinkai, of course).

Kids are interested in playful and disciplined arts, and Karate is a top pick for those two aspects of the game.

Almost every single city all around the globe has at least one Karate dojo, and the majority of members are children. Why? Well, probably because of the ability to impress your teammates and compete against them. Plus, if your kid chooses this sport as his life call, he will become disciplined and honorable.

Karate is one of the most entertaining children’s martial arts as they’ll learn to throw punches, knees, kicks, and to defend themselves from the potential attacker.

There are many benefits, and this sounds like one of the greatest ways to kick off the martial arts voyage.

Wrestling teaches kids to get into the clinch and throw their opponents to the ground to take advantage.

It is great martial art, but if you start too early, your kiddo could suffer a gruesome injury which could make him start hating the sport.

We believe 7-year-olds or school-aged kids should undergo wrestling classes.

It is hard to explain to toddlers how to fall properly to prevent damage, plus small children will hardly understand the “no slams” command. Yet, when a coach works with very small kids, he might be able to teach them crawling, rolling, and transitions on the mats.

So, we wouldn’t recommend having your child start wrestling in competitions when they’re young, but you can consider starting them with a coach in hopes of lighting that fire.

Brazilian jiu-jitsu is often seen as the choice of 2-year-old kids, and here’s why – there’s a lot of rolling, transitions, and crawling. Your kid learns to crawl before it starts walking, right?

Chances of injuries are reduced to a minimum as there are no strikes but a teacher must be careful, as kids don’t know to let the submission go or tap out when the shoulder’s about to pop.

BJJ is one of the most suitable picks for kids’ self-defense because the bully will probably try to strike, drag the fight to the ground, or simply outwrestle the weaker opponent and finish the fight via nasty shots on the floor.

You can train your kid to defend himself properly, ensuring that the bullies will avoid a confrontation with him if at all possible.

Grappling on the mats will definitively lead to fewer injuries because there are no elbows, kicks, knees, or punches, which makes it one of the best martial arts for toddlers.

Your kid will be able to slip out of any position, plus he won’t start crying when it ends up on the floor. He will fight until his opponent goes to sleep or begs for mercy.

Muay Thai is very popular in Thailand, as it’s their national sport. It can be a very dangerous martial art and is the best self-defense for kids.

Why? Well, you can defend every single area – clinching, wrestling, and striking. Bullies can get countered, no matter what they do. A Thai boxer knows how to deal with all kinds of attackers.

Yet, the greatest danger in the class is a potential cut. Kids hardly control elbows and knees, injuries can happen all the time. Small kids can learn techniques but the coach should never let them spar.

Muay Thai is the best option for older kids, but it’s a good choice at early age, too, because the kid can easily make a transition to the other martial art.

Judo is all about throws and armbars, but it’s pretty much beneficial for your kid because it will teach it to fall when thrown to the ground, or defend against a “super-confident” bigger grappler.

Rolling is very important for kids and it might lead to injuries, but once your kid learns to roll everything will look easy.

It’s one of the best choices for 6-year-old kids. Yet, it is not recommended for kids to learn it earlier because kids are prone to injuries.

For children, everything’s a game. “No slams” can be a useless command when you train a kid. A good coach will have to repeat it over and over, toddlers don’t know how to control throws and keep their training partners safe.

Sambo is one of the most entertaining martial arts classes for kids – they learn to strike, roll, grapple, throw their opponents and finish the fight via submissions. It is very popular in Russia, Finland, and Bulgaria.

It is one of the hardest to learn but any kid can train it. Let us elaborate.

For example, a good Sambo dojo will make a difference between 2-year-olds and 6-year-olds. Younger kids will only roll and train transitions, while in later stages of the game the coach asks for grappling, throws, clinches, and long-range strikes.

Dagestani fighters are extremely good at the in world mixed martial arts because their kids get to know Sambo secrets in the very early stages of life. So this martial art could be a wonderful base for some other disciplines.

How to Choose the Right Martial Art for Your Kid?

First of all, get to know your kid well. Do you know its aspirations and goals? Which cartoons does your child watch on TV? Is your kid focused on something, impressed by a specific martial art? Is your toddler lazy or active?

You answered all those questions, great! Now let’s move on to the next step!

Your kid’s age matters too. 5-year-olds and 3-year-olds are not the same, choosing the wrong martial art could lead to significant injuries and could lead to a path that you’re not interested in.

Also, take your child to a test training session, see how instructors work. You might like or dislike it.

Be mindful of your child’s reaction as well. If he protests, change martial art until you discover a perfect match.

After all, your child is never going to become a good martial artist if he hates the training.

Now let us give you few more general questions/guidelines:

Every martial art can be beneficial especially at an early age. Yet, some of them are recommended for 6-to-8-year-olds, while others can be trained as soon as the kid gets on their feet.

Try different skills and dojos, check his level of satisfaction, and see how it progresses. If your toddler starts loving the martial art, it’s positive feedback.

Watch one or two training sessions, pay attention to injury protection and the coach’s behavior.

Do you enjoy it too? Awesome, keep it up, maybe you’ll be the proud parent of a professional athlete one day! 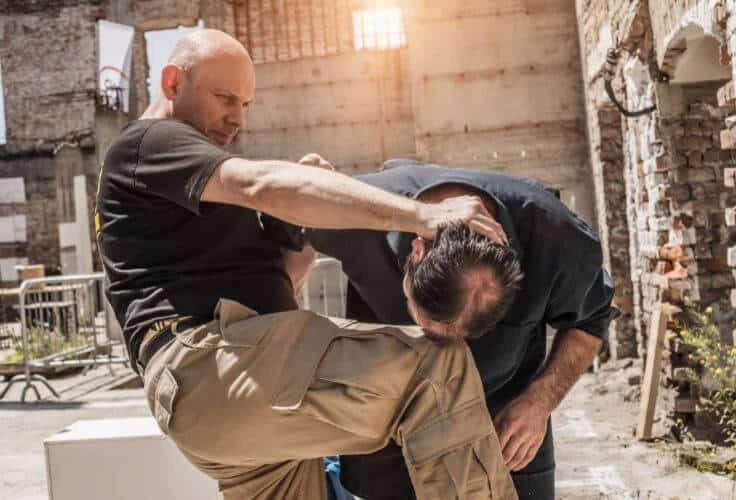 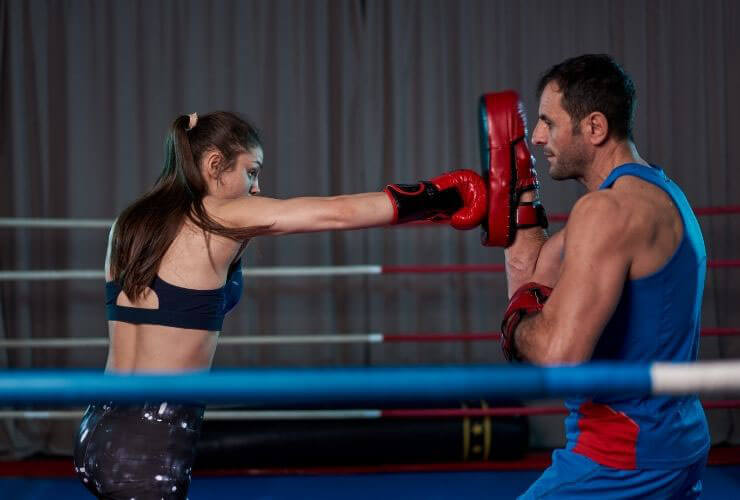